Reflection for Fifth Sunday of Easter

Reflection for Fifth Sunday of Easter

Let us be still for a moment as we draw near to worship God... Take just a few seconds to remind yourself why we are gathered together today... Listen, God speaks even through the background noise of the world around us...

Almighty Father, You love me without questioning, heal and bring wholeness without prejudice, embrace me as a parent would their child.
Forgive me when I forget, feel isolated and alone, don’t know where to turn.
Forgive me when I fail you, choose those I minister to, do not listen to your Word.
You love me without questioning; may I bring compassion, healing and peace, without prejudice, to all those to whom you lead me. Amen


But Stephen, full of the Holy Spirit, gazed steadily into heaven and saw the glory of God, and he saw Jesus standing in the place of honour at God’s right hand.  And he told them, “Look, I see the heavens opened and the Son of Man standing in the place of honour at God’s right hand!”Then they put their hands over their ears and began shouting. They rushed at him and dragged him out of the city and began to stone him. His accusers took off their coats and laid them at the feet of a young man named Saul.
As they stoned him, Stephen prayed, “Lord Jesus, receive my spirit.”  He fell to his knees, shouting, “Lord, don’t charge them with this sin!” And with that, he died.


Like newborn babies, you must crave pure spiritual milk so that you will grow into a full experience of salvation. Cry out for this nourishment, now that you have had a taste of the Lord’s kindness.
You are coming to Christ, who is the living cornerstone of God’s temple. He was rejected by people, but he was chosen by God for great honour.  And you are living stones that God is building into his spiritual temple. What’s more, you are his holy priests.   Through the mediation of Jesus Christ, you offer spiritual sacrifices that please God.   As the Scriptures say, “I am placing a cornerstone in Jerusalem,
chosen for great honour, and anyone who trusts in him will never be disgraced.”
Yes, you who trust him recognize the honour God has given him.  But for those who reject him,“The stone that the builders rejected has now become the cornerstone.”
And,“He is the stone that makes people stumble, the rock that makes them fall.”
They stumble because they do not obey God’s word, and so they meet the fate that was planned for them.  But you are not like that, for you are a chosen people. You are royal priests,  a holy nation, God’s very own possession. As a result, you can show others the goodness of God, for he called you out of the darkness into his wonderful light. “Once you had no identity as a people;    now you are God’s people.  Once you received no mercy; now you have received God’s mercy.”


The Lectionary readings from Scripture after Easter follow the birth of the New Testament Church.  Post Resurrection, the Disciples begin to travel abroad and share the Good News of Jesus Christ.  And the glorious story of the Church which began from 12 ragtag commoners begins to swell.  But, this is not a story without opposition...  It is not one of those fairy tales that concludes with, :they all lived happily ever after."  No!  In fact, it is a story of hard struggle and violent opposition, bloodshed and martyrdom.

Such is our passage today from Acts.  Stephen, one of those brave first believers has been dragged before the religious leaders and stands accused of blasphemy... if convicted, he will be killed.  Asked to respond to the charge of Blasphemy, Stephen doesn't plead for his life, or back down; he lays out a long history lesson on how God calls people of Israel  into a special relationship, but the people can never seem to choose right.  Rather, they keep missing the point and chasing after idols, and persecuting and killing the prophets.  And then comes the clincher:  "You murdered the Messiah!"

This is not a good lesson in tact and graciousness.  But then, if you read the larger context, this was not an issue that was built upon a simple misunderstanding or misheard statement.  Stephen's arrest was a deliberate plot undergirded by lies and slander.  It was formed of people out for blood.  As was the crucifixion of Jesus...

This is something that is important for you and I to be aware of...  albeit with a necessary corrective...  As Paul will tell us in Ephesians 6, we don't wrestle with human flesh and blood...  It's not about this person or that person (though people can be very dangerous and deadly.)  No, our battle os with spiritual powers that are dead set against the Kingdom of God.  And those spiritual powers can use human elements... but the human element itself is not our enemy.

I know that there are times when I think that Christianity should be easier... shouldn't hurt so much.  Times when I am confused that Church is so hard and antagonistic.  Times when I feel like opposition is a sign that I have missed the mark.  But... the reality is that there has always been strong opposition against the message of Jesus... the Kingdom of God.

We are at war.

There is an enemy that wants to kill us.

Christianity is not a "safe" choice.

At least, not safe by what the world holds true.  But then Jesus told us to not fear those who can kill the body, but rather "fear" the one who could kill body and soul...

If we take Jesus as Lord...  that puts us in opposition with EVERYTHING the world stands for.  (No, I am not being melodramatic.  I do mean everything.)  We are called to stand in opposition to power and influence...  We are called to deny the security of riches...  We are called to even turn away from familial identities and definitions.   To claim Jesus as Lord means that everything comes from Him, and Him alone.  So...  Paul can say, is Jesus there is no jew or gentile... male or female... rich or poor... slave or free...  Just Jesus followers, which makes us God's children.

So why do we keep listening to the voices of the world that carve us up into categories?

Why do we keep silent about the good news of Jesus?

Well, maybe because to speak up, to take a stand is dangerous!  In some places, they kill you!  Here, they just demonize you...

But wait... there is one more point to this story that we need to take note of...
Stephen is unjustly arrested and condemned... the stones begin to fall...  And he does not cry out in anger or in vengeance.  Hear his words: "Lord Jesus, receive my spirit.”  He fell to his knees, shouting, “Lord, don’t charge them with this sin!"

Words of Trust ("receive my spirit"), and words of grace ("Do not charge them with this sin.")
I wonder if these things characterize me?

When I encounter fierce opposition, do I stand with Courage and Conviction?
And do I respond with Trust and Grace?

Such were the qualities that marked the birth and growth of the Church.  May they been seen again today in growing abundance.

Gracious Jesus, Righteous King;
Your commands are not burdensome; your way of life is our example.
In your footsteps there is found Life.


‘Love one another; care for children, brothers,  sisters and outcasts.  If you are my disciples, then show the world, demonstrate your discipleship and love both lovely and unloved.Show God’s Grace to this world!’

And as we open our hearts and lives, and follow as you have shown, others discover you through our words, and by the life we share.
For the love you have given us, and the blessings you have shown us, we thank you, God of Love and Grace.
Amen

Don’t let your hearts be troubled.
Trust in God, and in God’s son, Jesus Christ,
who is the way, the truth and the life,
and through whom we come to know the Father.

And may the blessing of God,
the grace of Jesus Christ,
and the presence of the Holy Spirit
go with you as you leave this place.
Amen.

Popular posts from this blog

Can I get a little personal? 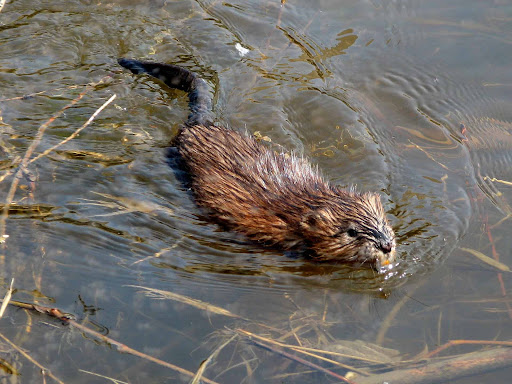 Psalm 50:7-15
“O my people, listen as I speak.
Here are my charges against you, O Israel: I am God, your God! 8 I have no complaint about your sacrifices or the burnt offerings you constantly offer. 9 But I do not need the bulls from your barns or the goats from your pens. 10 For all the animals of the forest are mine, and I own the cattle on a thousand hills. 11 I know every bird on the mountains, and all the animals of the field are mine. 12 If I were hungry, I would not tell you, for all the world is mine and everything in it. 13 Do I eat the meat of bulls? Do I drink the blood of goats? 14 Make thankfulness your sacrifice to God, and keep the vows you made to the Most High.
Read more

Reflection for the Fourth Sunday of Easter Fourth Sunday of Easter
Prayer Lord, I thank You for being the door of Your sheep.  I adore You because You hear me, and through You I am saved! The thief comes to steal, kill and destroy, but Lord You have come so that I may have life and have it more abundantly! Thank You for being the good shepherd who laid down His life for the sheep! Precious Lord, You are the Good Shepherd. Your Word says that You feed me in good pasture.  To me this means that You will bring me to good places in life; to the best places to feed on spiritually and emotionally! Lord, I am assured that You will feed me and make me lie down; it is in You that I find rest. You seek what is lost and bring back what was driven away, bind up the broken and strengthen the sick!  Eternal God, Lord, I was once sheep going astray; but I have now returned to You, the Shepherd and Overseer of my soul! Thank You for watching over me even when I was not faithful to You. Thank You for loving me unconditionally so that I could retur…
Read more 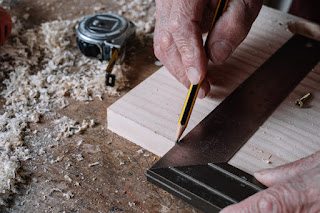 A Good Measure
One of the greatest gifts that my Dad gave me was the desire to use my hands…It was by watching him work, and his invitation to join him in building things that I learned to love building and creating.Along with this desire, another great gift he gave me was the chance to learn from my mistakes.More than once I uttered that famous phrase, “Darn, I cut it twice and it’s still too short!”
Yes, sometimes I am a slow learner.

There is an essential rule in carpentry that takes a while to truly understand:Be sure of your ruler/measurements.Here is how I finally came to understand this…I was building a fence… Numerous boards that all had to be cut to the same size.It made sense to me that you simply took the previous board, used it to scribe my cutting line, and so on down the line.Logically it made sense.(Perhaps some of you might know where this is going?)

I measured my first board…78 inches.And I made my cut.Off to a great start.